Tara Reade has accused current presidential candidate (and former Vice President) Joe Biden of sexually assaulting her when she worked in his Senate office in 1993. If true, it was unambiguous assault by Biden. According to Reade, he began orally kissing her without her permission, pushed her up against a wall, reached up under her skirt, and roughly penetrated her vagina with his fingers. "He said 'come on man, I heard you liked me,'" Reade recalled in an interview. "For me, it was like, everything shattered. I looked up to him, he was like my father's age, he was this champion of women's rights, in my eyes. I couldn't believe it was happening. It was surreal." Reade had previously complained to her bosses about sexual harassment in Biden's office - a supervisor had asked her to serve drinks at an event because she had attractive legs. In 2019, Reade said that there was rampant sexism among Biden staffers but that the problem was not Biden himself. The recent precedent set by the mainstream media and leftists during the Kavanaugh horror is this: All accusations should be reinvestigated, no matter how old. Blasey Ford’s accusations against Kavanaugh were far less credible – she accused Kavanaugh of actions from his teenage years in the early 1980s. Reade’s accusations concern an explicit sexual assault that Joe Biden committed while he was a sitting U.S. senator. Joe Biden himself has publicly taken the position that all women should be believed, no matter how much time it takes for them to come forward. The whole #metoo movement is being revealed as a leftist “dirty tricks” campaign. Actress – and Biden supporter – Alyssa Milano says she never thought #MeToo would ‘destroy innocent men.’” "I believe that even though we should believe women, and that is an important thing, what that statement really means is that for so long, the go-to has been not to believe them," said Milano. "We have to societally change that mindset to believing women, but that does not mean at the expense of not giving men their due process and investigating situations. It's got to be fair in both directions." https://www.freedomain.com/2020/04/28/the-truth-about-joe-biden-vs-tara-reade/ ▶️ Donate Now: http://www.freedomain.com/donate ▶️ Sign Up For Our Newsletter: http://www.fdrurl.com/newsletter Your support is essential to Freedomain, which is 100% funded by viewers like you. Please support the show by making a one time donation or signing up for a monthly recurring donation at: http://www.freedomain.com/donate ▶️ 1. Donate: http://www.freedomain.com/donate ▶️ 2. Newsletter Sign-Up: http://www.fdrurl.com/newsletter ▶️ 3. On YouTube: Subscribe, Click Notification Bell ▶️ 4. Subscribe to the Freedomain Podcast: http://www.fdrpodcasts.com ▶️ 5. Follow Freedomain on Alternative Platforms 🔴 Bitchute: http://bitchute.com/freedomainradio 🔴 Minds: http://minds.com/stefanmolyneux 🔴 Steemit: http://steemit.com/@stefan.molyneux 🔴 Gab: http://gab.ai/stefanmolyneux 🔴 Twitter: http://www.twitter.com/stefanmolyneux 🔴 Facebook: http://facebook.com/stefan.molyneux 🔴 Instagram: http://instagram.com/stefanmolyneux 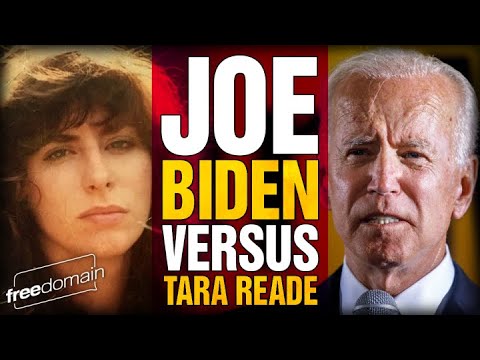