On December 18, 2019, the U.S. Congress voted on articles of impeachment against Pres. Donald J Trump. There were two votes – the first was on abuse of power, the second was on obstruction of Congress. The votes for the charge of abuse of power were 230 in favor, 197 against, and 1 present: All House Democrats voted in support, with the exceptions of Collin Peterson (MN) and Jeff Van Drew (NJ), who voted against, and Tulsi Gabbard (HI), who voted "present." All House Republicans voted against. The votes for the charge of obstruction of Congress were 229 in favor, 198 against, and 1 present: Every Democrat voted in support except Peterson, Van Drew, and Jared Golden (ME), who voted against; and Gabbard, who once more voted "present.“ On the day of the impeachment vote, a Gallup poll was released reporting that Trump's approval rating increased by 6 points during the impeachment process, while support for impeachment dropped. July 31, 2016: the FBI opened up an investigation into Trump/Russia collusion – long before the election. The FBI then spied on four American citizens who were associated with President Trump’s campaign. British ex-spy Christopher Steele created an unverified “dossier,” which was used by the FBI to get spying warrants from the FISA court. The FBI repeatedly lied to the FISA court. The FBI did not inform the FISA court that the author of the “dossier” was a fanatical anti-Trumper – or that he was working for the Clinton campaign – or that he had been fired by the FBI for leaking information to the press – or that the dossier had not been independently verified – or that a news story supposedly “corroborating” the dossier actually came directly from the dossier. “TRUMP's (perverted) conduct in Moscow included hiring the presidential suite of the Ritz Carlton Hotel, where he knew President and Mrs. OBAMA (whom he hated) had stayed on one of their official trips to Russia, and defiling the bed where they had slept by employing a number of prostitutes to perform a 'golden showers' (urination) show in front of him. The hotel was known to be under FSB control with microphones and concealed cameras in all the main rooms to record anything they wanted to.” The spying continued after the election – Jan 6, 2017, then-FBI Director Comey briefs President-elect Trump on the Steele dossier. Trump was told that he was not under investigation, although he was, and the FBI was trying to entrap him in that very meeting. Hard to grasp that a sitting US Democrat President – Barack Obama – worked with senior members of the intelligence and investigatory agencies – who worked with Hillary Clinton – to deliver damaging information on her political opponent. Because they believed the media projections of an overwhelming Hillary Clinton victory, they took risks, altered documents and cut corners. ▶️ Donate Now: www.freedomain.com/donate ▶️ Sign Up For Our Newsletter: www.fdrurl.com/newsletter Your support is essential to Freedomain, which is 100% funded by viewers like you. Please support the show by making a one time donation or signing up for a monthly recurring donation at: www.freedomain.com/donate ▶️ 1. Donate: www.freedomain.com/donate ▶️ 2. Newsletter Sign-Up: www.fdrurl.com/newsletter ▶️ 3. On YouTube: Subscribe, Click Notification Bell ▶️ 4. Subscribe to the Freedomain Podcast: www.fdrpodcasts.com ▶️ 5. Follow Freedomain on Alternative Platforms 🔴 Bitchute: bitchute.com/freedomainradio 🔴 Minds: minds.com/stefanmolyneux 🔴 Steemit: steemit.com/@stefan.molyneux 🔴 Gab: gab.ai/stefanmolyneux 🔴 Twitter: www.twitter.com/stefanmolyneux 🔴 Facebook: facebook.com/stefan.molyneux 🔴 Instagram: instagram.com/stefanmolyneux Sources: https://www.freedomain.com/2019/12/21/the-truth-about-impeachment/ 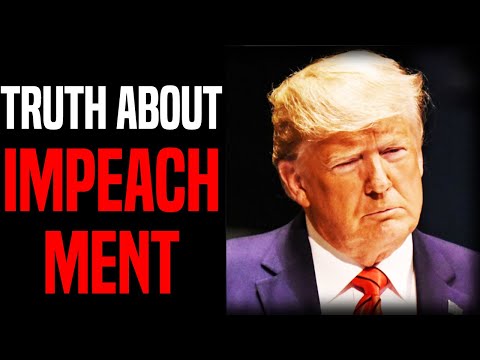