Robert Mugabe was the ruthless multi-decade dictator of Zimbabwe, responsible for killing tens of thousands, driving whites from the country, and destroying both the currency and the economy. The death of Robert Mugabe drew headlines calling him “controversial.” Opinion pieces went for sympathetic takes like, “Hero. Villain. Human.” CNN: “From an imprisoned guerrilla fighter to his country's longest serving leader, Mugabe's life in the public eye was nothing short of extraordinary.” Even those who offer criticism are seemingly compelled to say something “nice.” Mugabe ruled Zimbabwe from 1980 through 2017. Was he merely controversial? Was he heroic? If not, why does the media cover for him? HISTORY: In 1949, Mugabe won a scholarship to Fort Hare University College in South Africa. The university played a prominent role in the development of many African radicals – notably Nelson Mandela – and was notoriously influential in spreading communist ideas. Mugabe later described attending Fort Hare as the “turning point” in his life, as it was his first exposure to Marxist ideas – he frequently joined discussions with South African communists and combed through Marxist literature. Robert Mugabe: “When I left Fort Hare I had a new orientation and outlook. I came from a country where most black people had accepted European rule as such. Most of us believed that all that should be done was remove our grievances from the system. After Fort Hare there was a radical change in my views. I was completely hostile to the system.” In 1958, Robert Mugabe accepted a teaching job in Ghana – the first black colony to gain independence. The first president of an independent Ghana was Kwame Nkrumah – a devout Marxist and future recipient of the Soviet Union’s International Vladimir Lenin Peace Prize. Robert Mugabe: “I went as an adventurist. I wanted to see what it would be like in an independent African state. Once there I began to develop definite ideas. You could say that it was there I accepted the general principles of Marxism.” In 1960, the nationalists launched the National Democratic Party (NDP) focused on land reform, discrimination and demands for increased political power. NDP Founding Member Leopold Takawira was a longtime friend of Robert Mugabe and demanded majority rule: “We are no longer asking Europeans to rule us well. We now want to rule ourselves.” On July 19th, 1960, prominent NDP officials, including Leopold Takawira, were arrested under the Unlawful Organizations Act. The arrests prompted a massive protest of tens of thousands of people, including Robert Mugabe, who was asked to give a speech. The arrest of Leopold Takawira and the government’s crackdown on dissent fermented Mugabe’s drive to become engaged politically, with him resigning from his Ghana teaching position and becoming a full-time activist. In October 1960, Mugabe was elected public secretary at the inaugural NDP congress, but soon he would seek even greater power. Sources: https://fdrurl.com/mugabe ▶️ Donate Now: http://www.freedomainradio.com/donate ▶️ Sign Up For Our Newsletter: http://www.fdrurl.com/newsletter Your support is essential to Freedomain Radio, which is 100% funded by viewers like you. Please support the show by making a one time donation or signing up for a monthly recurring donation at: http://www.freedomain.com/donate ▶️ 1. Donate: http://www.freedomain.com/donate ▶️ 2. Newsletter Sign-Up: http://www.fdrurl.com/newsletter ▶️ 3. On YouTube: Subscribe, Click Notification Bell ▶️ 4. Subscribe to the Freedomain Podcast: http://www.fdrpodcasts.com ▶️ 5. Follow Freedomain on Alternative Platforms 🔴 Bitchute: http://bitchute.com/freedomainradio 🔴 Minds: http://minds.com/stefanmolyneux 🔴 Steemit: http://steemit.com/@stefan.molyneux 🔴 Gab: http://gab.ai/stefanmolyneux 🔴 Twitter: http://www.twitter.com/stefanmolyneux 🔴 Facebook: http://facebook.com/stefan.molyneux 🔴 Instagram: http://instagram.com/stefanmolyneux 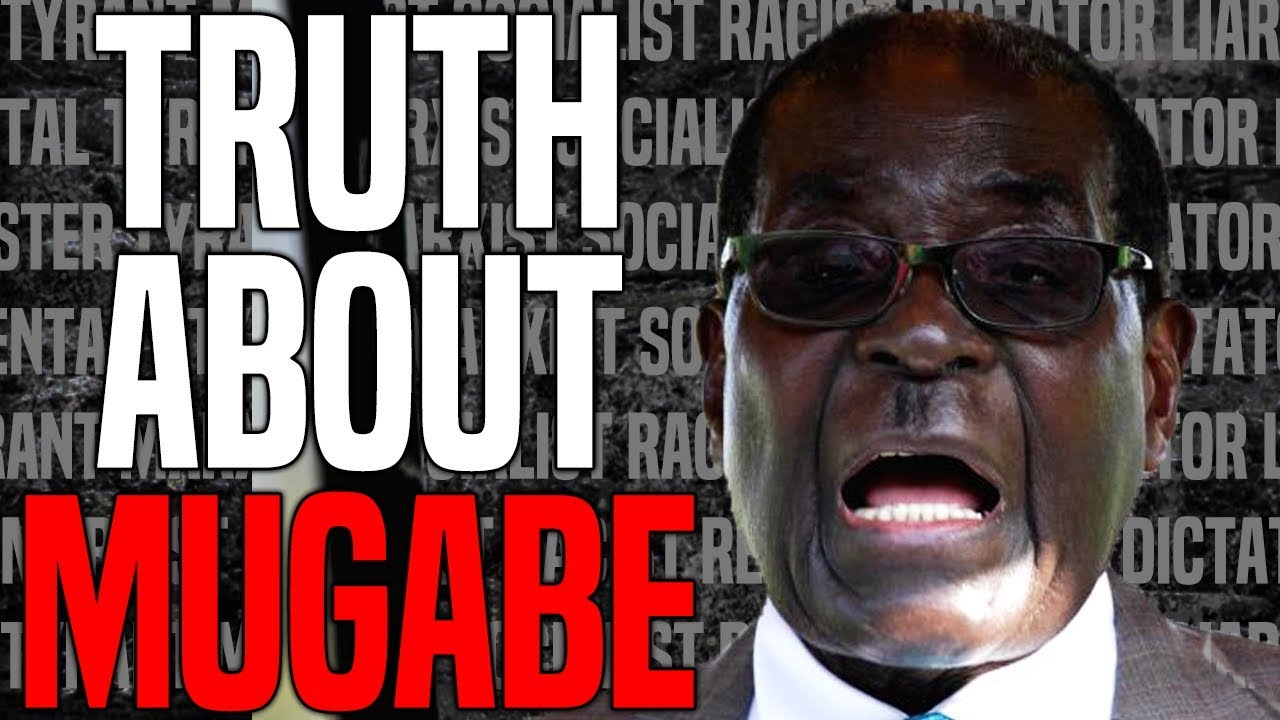