https://www.imdb.com/title/tt1226837/ Based on the best-selling pair of memoirs from father and son David and Nic Sheff, Beautiful Boy chronicles the heartbreaking and inspiring experience of survival, relapse, and recovery in a family coping with addiction over many years. Journalist David Sheff (Steve Carell) is in the office of addiction expert Dr. Brown (Timothy Hutton). He explains that he's not there for an article - he's there because he doesn't know his son anymore - he's a drug addict, doing multiple drugs but most recently crystal meth, and he needs help. Flashback to one year earlier. David and his wife Karen (Maura Tierney) live in San Francisco with their two young kids Jasper and Daisy and David's son from his first marriage, Nic (Timothee Chalamet). One night, Nic doesn't come home. David calls his ex-wife, Nic's mother Vicki (Amy Ryan). The two get into a heated argument about Nic and his behavior. Two days later, Nic returns home, hungover. With his behavior getting alarming, David goes to see a drug rehab counselor, who says their program has an eighty percent success rate. David enters Nic into the program, and the two hug and exchange the word "everything" to each other. After some time in rehab, Nic tells David and Karen that he wants to stay on at the rehab center's extension program, a halfway house, and not go to college right away. Later, David gets a call that Nic has not returned to the halfway home. He angrily wants to know why no one is looking for Nic, but is told that their job at that point is not to locate him, but they will be there if he should return. They say relapse is part of recovery. David takes it upon himself to find Nic, eventually locating him in an alley in the rain. Nic vomits inside David's car, and David enters him back into rehab. When he and Karen bring him back, he demands to know the full extent of Nic's drug habits, learning just how many drugs his son is using. Later on, Nic is doing better and tells his dad he wants to go to college. David is excited and drops Nic off at school. Again, they exchange "everything"s. It goes well at first, and Nic even starts dating a classmate. While at Thanksgiving at his girlfriend's, Nic finds pills in their bathroom and takes them. He begins doing hard drugs again at school, his relationship falling apart. When he next comes back home, he asks if he can borrow David's car in order to go to a narcotics anonymous meeting. Instead, he goes out and scores. The next morning, when the two young children get into a fight because Jasper thinks Daisy stole the money out of his piggy bank, David confronts Nic asking if he stole the money. Nic gets aggressive and denies it, but David realizes he's using again. David says he shouldn't have let Nic go to school, he wasn't ready - but Nic refuses any more treatment and runs away. Caught up to the beginning of the film, Dr. Brown explains that crystal meth is extremely addictive, and that no matter what number he was told, the likelihood of someone overcoming an addiction is closer to eight percent. While searching for Nic, David goes through intense experiences - buying and using cocaine to try to understand his son's experience, and meeting and buying a meal for a young addict girl for some insight. Finally, he hears from Nic, but when they meet, Nic is erratic and high, and says he's clean but needs a few hundred dollars. David refuses to give him money and tries to get him to come home with him, but Nic flees, completely irrational and unreasonable. ▶️ Donate Now: http://www.freedomainradio.com/donate ▶️ Sign Up For Our Newsletter: http://www.fdrurl.com/newsletter Your support is essential to Freedomain Radio, which is 100% funded by viewers like you. Please support the show by making a one time donation or signing up for a monthly recurring donation at: http://www.freedomainradio.com/donate ▶️ 1. Donate: http://www.freedomainradio.com/donate ▶️ 2. Newsletter Sign-Up: http://www.fdrurl.com/newsletter ▶️ 3. On YouTube: Subscribe, Click Notification Bell ▶️ 4. Subscribe to the Freedomain Podcast: http://www.fdrpodcasts.com ▶️ 5. Follow Freedomain on Alternative Platforms 🔴 Bitchute: http://bitchute.com/stefanmolyneux 🔴 Minds: http://minds.com/stefanmolyneux 🔴 Steemit: http://steemit.com/@stefan.molyneux 🔴 Gab: http://gab.ai/stefanmolyneux 🔴 Twitter: http://www.twitter.com/stefanmolyneux 🔴 Facebook: http://facebook.com/stefan.molyneux 🔴 Instagram: http://instagram.com/stefanmolyneux 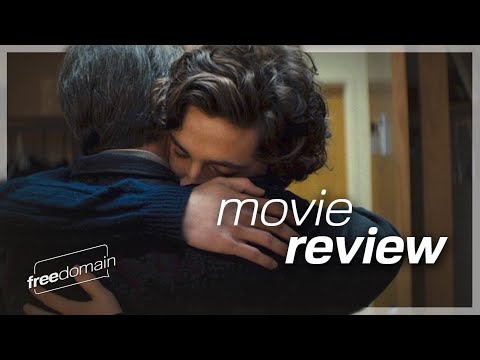